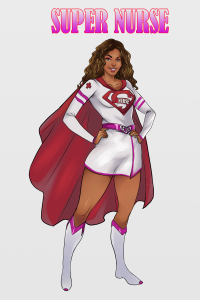 “You may be 38 years old as I happen to be.  And one day some great opportunity stands before you and calls you to stand up for some great principle, some great issue, or great cause.  And you refuse to do it because you are afraid.  You refuse to do it because you want to live longer… You’re afraid you will lose your job, or you’re afraid you’ll be criticized or that you will lose popularity, or you’re afraid somebody will stab you, or shoot at you, or bomb your house; so you refuse to take a stand.  Well, you may go on to live until you are 90, but you’re just as dead at 38 as you would be at 90.  And the cessation of breathing in your life is but the belated announcement of an earlier death of the spirit.” -Martin Luther King Jr.

“There comes a time when one must take a position that is neither safe, nor politic, nor popular, but he must take it because conscience tells him it is right.”- Martin Luther King Jr.

These quotes right here, spoke volumes to my soul.

I don’t believe in race.

Race is defined in the dictionary as, “a group of persons related by common descent or hereditary.”  And that is nothing new to us.  But…

I looked at the bottom of this dictionary page and found something very interesting to me.  It quotes, “Genetic evidence has undermined the idea of racial divisions of the human species and rendered race obsolete as a biological system of classification.  Race therefore should no longer be considered as an objective category, as the term was formerly was in expressions like the Caucasian race, Asian race, the Hispanic race.”

To me that last statement is saying that most human beings are made up of genetically of a lot of DNA.  My own DNA states that I’m made up of a lot of DNA from a lot of different places in the world.  My DNA says that I’m African, European, Native American, Southeast Asian, and Polynesian.

When I look in the mirror, I just see myself.  Sure, I see my skin tone, but that doesn’t reflect my soul.  My body is the vehicle that I chose to be in for this life.

In my next life, I don’t know what “model or car” I might be.  Maybe I’ll be an Asian or a man, but really, at my core, I am not either of those external characteristics either.

I am not this body.  I am not Black, Asian, Spanish, or any other race that was invented to categorize human beings.  I am a spiritual being in human form.  I laugh, cry, get angry, sad, or happy just like other human beings.

I have been introduced by my friends as “the whitest black person”.  This friend then went down a list that qualified me for that title.  She said that I didn’t drink, I spoke proper English, and I didn’t smoke.  I took it as a joke.  To this day I still don’t know what talking “white” means.

I’m not going to change myself to fit into a box to make other people feel comfortable.

I’m going to be myself.  No one can be a better Shavawn than I can.

I asked myself, what if everyone expected the best from other people?  How would people act if we our prejudices and gave each other the benefit of the doubt?  Would people still be expected to “act black” or “talk white”?

I don’t have all the answers yet, but asking these questions is the start of a conversation that just might lead us to a deeper understanding of ourselves and one another.  It might bring us closer together.  And so I’ll leave you with one question: what would happen if you dared to ask someone a question before you assume something about their race or actions, how might that change the way we relate to each other if we approached one another from a place of curiosity rather than judgment?